Lets have a moment of silence for 4 year old Mia Derouen, killed by a “XXL” pitbull housed at her home. Dogsbite at Decateur AL has the details.

Noteworthy – Police had to shoot the 4 legged perp THIRTEEN TIMES to stop its rampage. A single mauling, bloodthirsty rampaging beast!

There is no modicum of safety with these monsters among us. Our legal system, including law enforcement, is NOT equipped to deal with this emerging disaster. Our pedestrian self defense laws cannot protect us. The 2nd amendment provides very thin protection. Your typical CC weapon can't stop one of these super maulers!

And that is what they are... Extra, Extra Large Super Maulers!  We are living in the first couple of chapters of some cheezy sci-fi horror novel.

Anyways, back to the topic at hand.

Winner by a BIG margin → 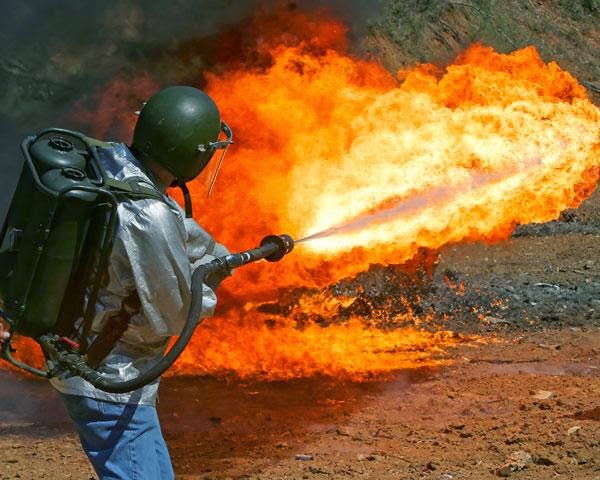 A WWII vet practices with his combat weapon!

Just think... this could be you!

All that is left to ask... who brings the BBQ sauce and honey baked beans??

I was a little disappointed that TANK came in last. However, understandable given current high fuel prices.

M134 Minigun. At 3000 rounds per minute, this awesome device will drop that super mauler in 0.26 seconds!  And, speaking of Science Fiction....

Think out of the box, people!
Posted by Animal Uncontrol at 4:40 PM 11 comments:

Tomorrow is the BIG day! A judge in Maricopia County, AZ decides the fate of MICKEY, a pit bull that ripped the face off of four year old Kevin Vicente on February 20th.

The Save Mickey facebook page now has over 60,000 likes! The pit nuts, unrestrained dog lovers and A.R. Extremists have pulled out ALL the stops to “Save Mickey”. They have poured out of the woodwork in the tens of thousands to mercilessly stamp out any and all opposition to their cause... that being, SAVE THIS MAULER AT ALL COSTS! After all, he was just a dog enjoying his BONE, right? That makes EVERYTHING he does just perfectly acceptable, now doesn't it? He would NEVER do something like that again, would he? Well, of course he would... and then it would be 100% the fault of THAT victim. Ha!

Brace yourselves, the Mickey supporters are coming for us!  Prepare yourselves for this juggernaut of dangerous dog fetishists!   Save yourselves, run for your lives! 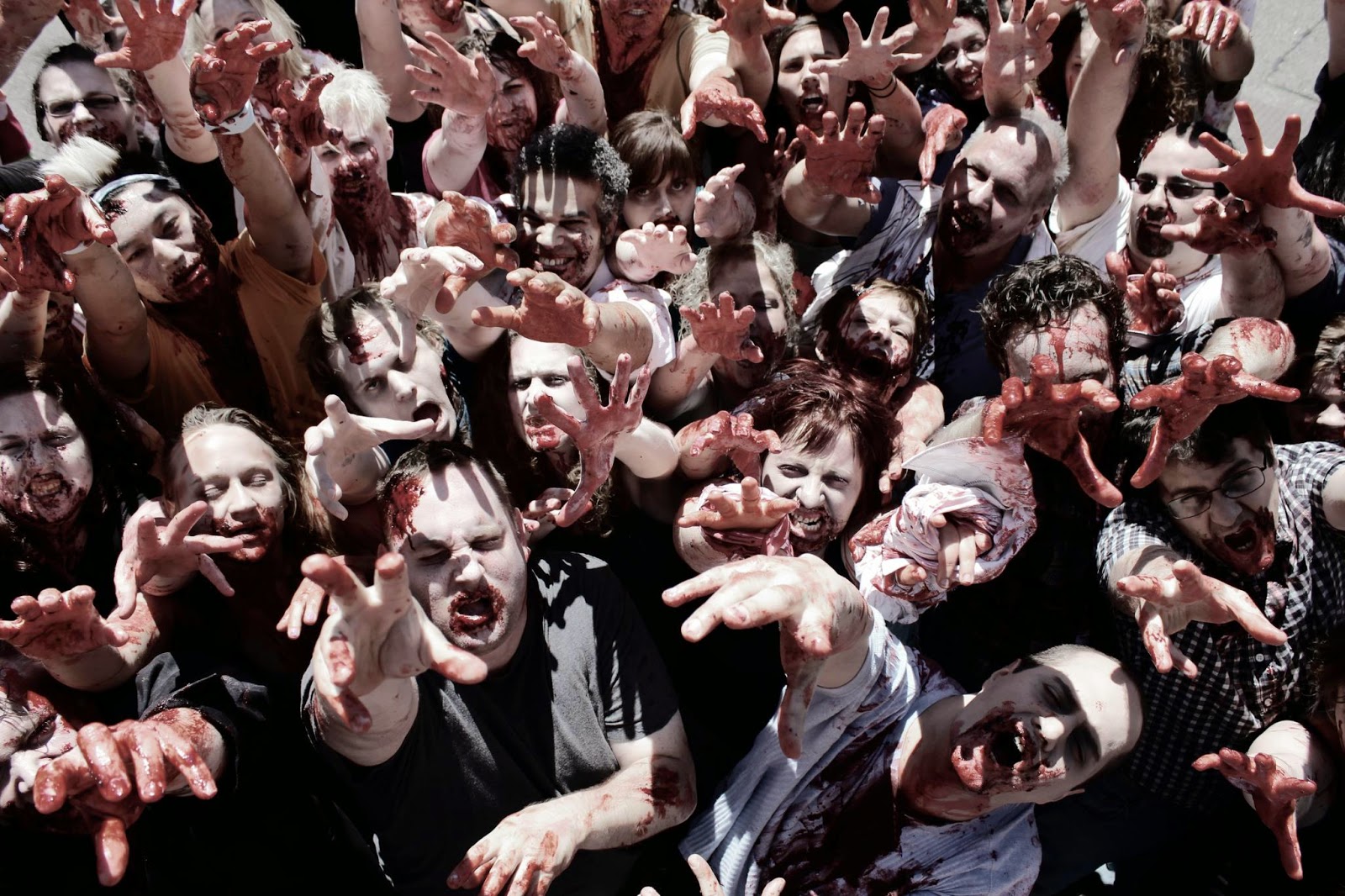 Note that the Kevin support page still has under 800 likes. So much for being for BOTH the child and the dog!


All of that said, I am going to reverse my opinion regarding Mickey. I now want Mickey to be spared, for now at least. How come, you say?!? Again, this is an epic, uncontrollable train wreck and there is NO good outcome, only a series of very bad outcomes and we have to pick the least bad of them all.

Here is why Mickey should be spared:
This is a very cynical policy, to say the least. But, what else is there? If cynicism is my only weapon, I might as well use it. 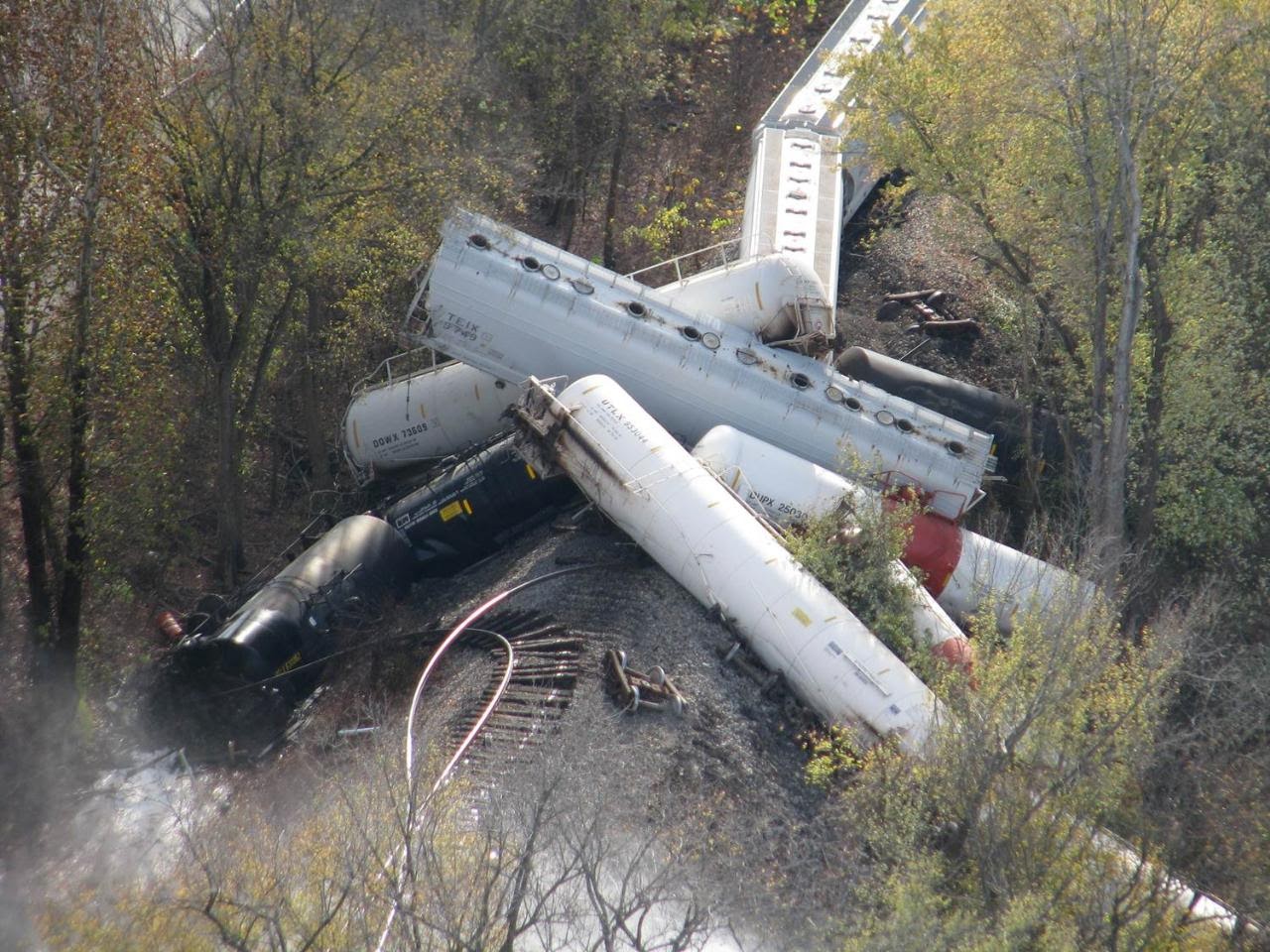 Problems with pit bulls in your neighborhood? The usual ho-hum weapons letting you down?

Welcome to the first Animal Uncontrol Poll! Lets get some feedback on the best way to get a handle on the out of control Pit Bull problem in YOUR neighborhood!

Please consider all the options carefully!  Poll is on the right sidebar.

Option 1:   Tank.  Be the envy the entire block with one of these beauties!  Try to take the wheels off of THIS Fido! Option 2:   Flame thrower.   Not only can you stop that mauler “dead” in it's tracks, you can simultaneously cook it to crispy perfection! Bon Appetit! 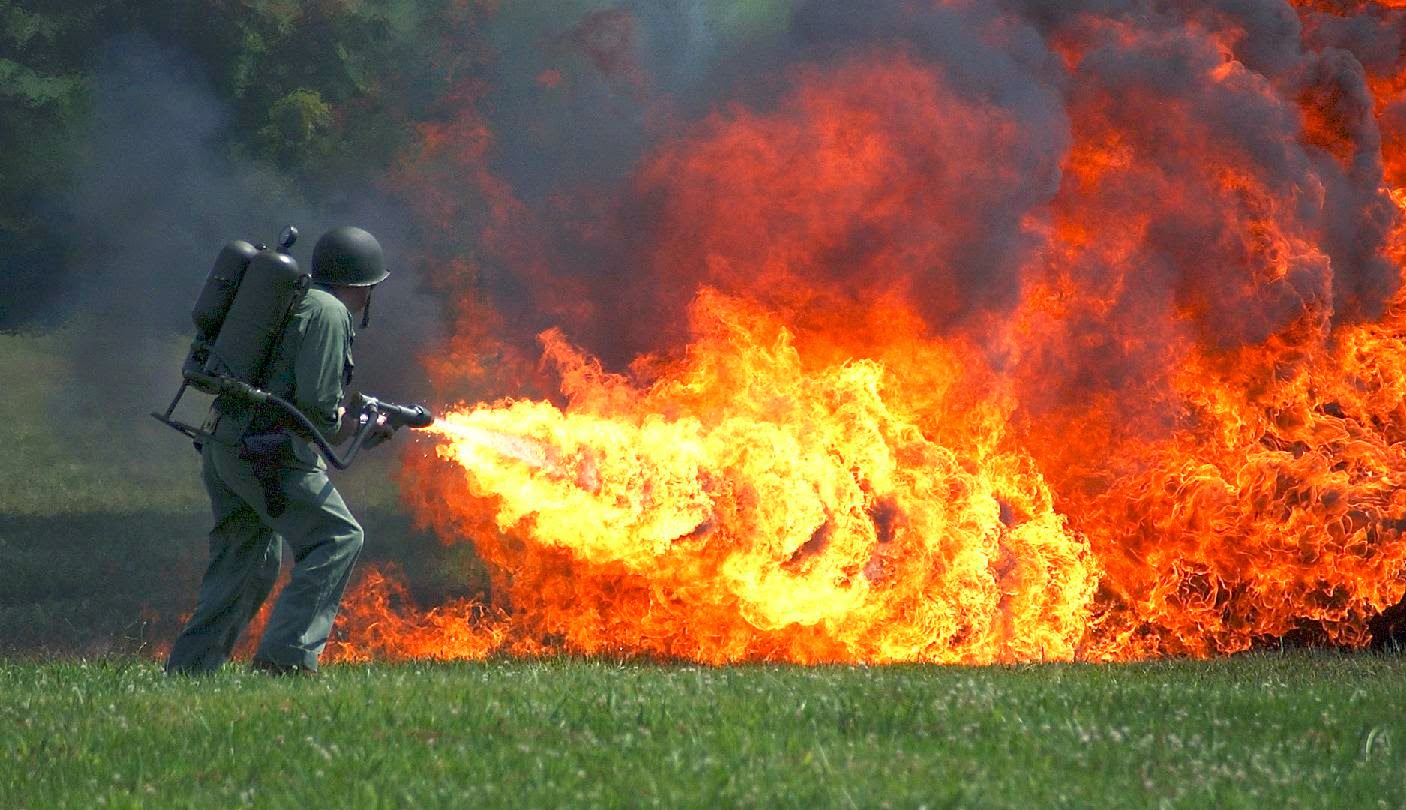 Option 3:   Artillery.  Problem with backyard breeder?   Now, NO PROBLEM.  Take them out with one shot! 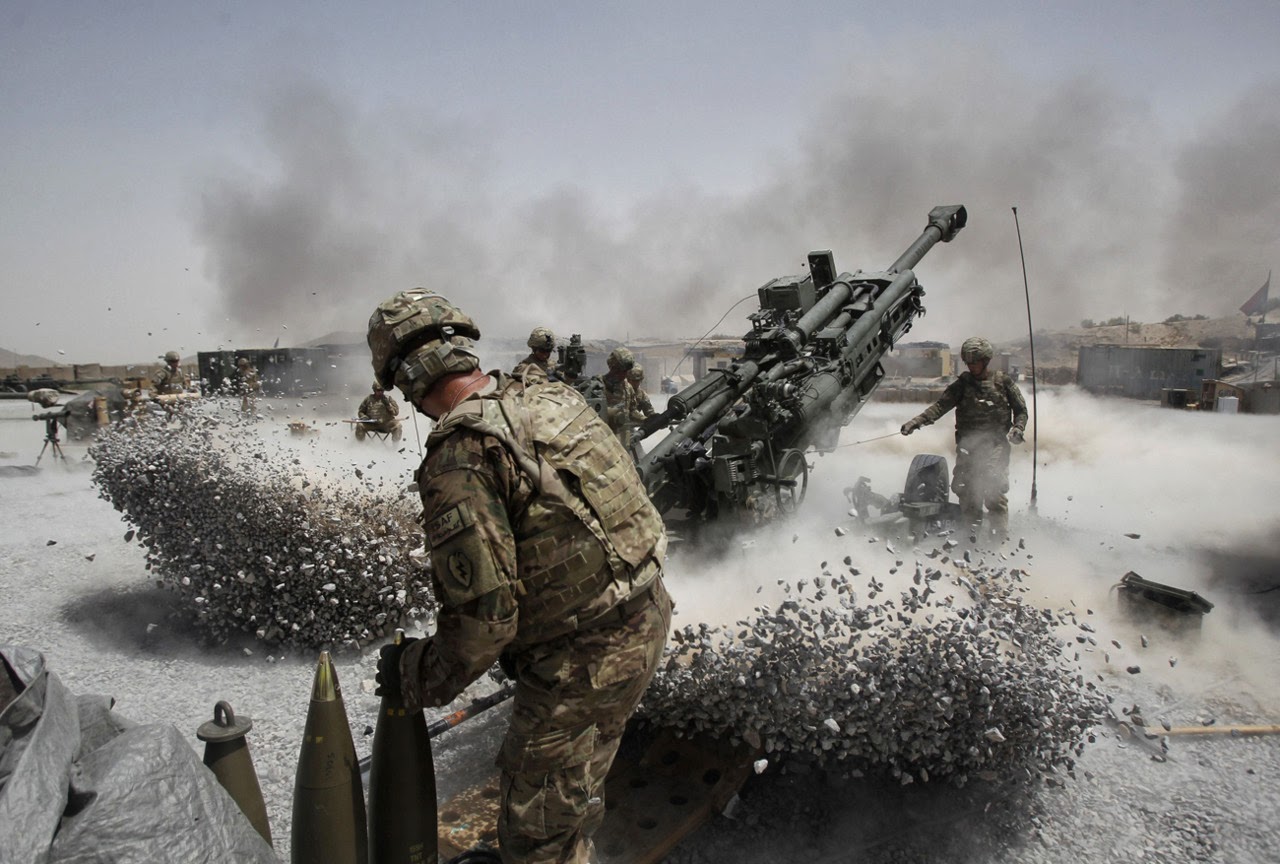 Option 4:  Cruise Missile.  Hey, does anyone have the GPS coordinates of Best Friends Animal Shelter??? 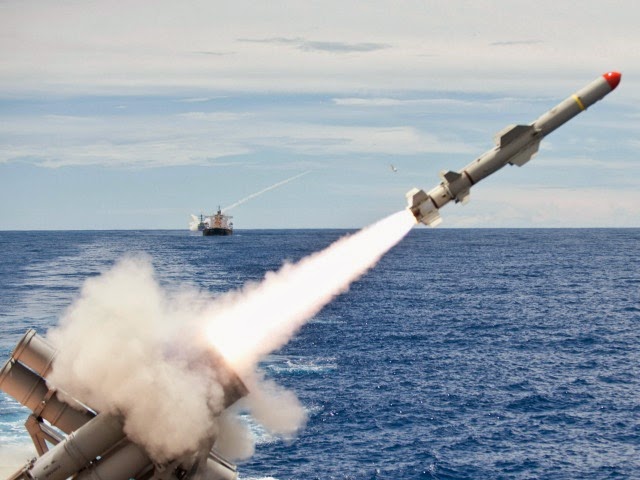 Option 5:  Atomic Weapon.  The only practical solution in "pit holes" such as Dayton, Ohio. 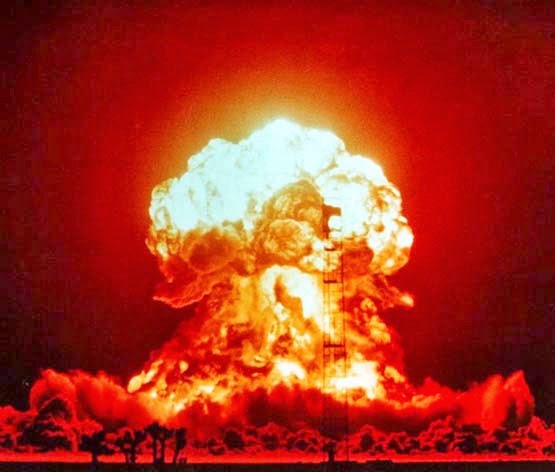 Email ThisBlogThis!Share to TwitterShare to FacebookShare to Pinterest
Labels: Snark

Any chess players? I played a lot of chess as a kid, and I recall one scenario where a player would retain their King but nothing else. That leaves said player in a situation where they can dodge, but are in no position to engage the other player. This scenario indicates "game over" and by continuing to play you are doing nothing but wasting time.

The "Mickey" Scenario reminds me of the above chess scenario. The nuts have our balls in a vise. Mickey supporters outnumbering Kevin supporters 100 to 1? It is freaking game over, so get used to it (as many dog lovers would say).

Pursuant to (3) while you are clearly losing your battle on every front, you BSL folks need to determine what you believe. While many of you are consistent in your beliefs, some of you need to figure out whether or not "DOGZ IS PEEPEL". BSL and animal rights are fundamentally inconsistent. If dogs truly ARE people, then there is NO BSL, period! I mean NO BSL, not under ANY circumstances... zero, zilch, NADA! You can't throw pit bulls out of your town any more than you can blacks or jews. Just forget about it: Indeed it IS "breed racism"! End of story and the end of the road. Again, you dog lovers and animal rights nuts OWN this one.

Thanks dog lovers and animal rights activists, you laid the foundation for this train wreck. You built the locomotive and laid the track! You own the cultural standards (blame the victim) and the legal standards ("get that dog a lawyer!") Sure, maybe YOU don't support Mickey nor would you own a Pit Bull, but the framework is all yours! You don't think non-Pit owners would take a stance like this? Check this out.

In any case, my prediction is going to be that Mickey is spared. The local AC agency tried to do its job, but was overwhelmed by dog lovers, Pit bull afficionados, and AR nutjobs. Even the government has limited resources. Plan B, lower case scenario: Government wins, but its a complete Pyrrhic victory. Mickey IS put down, but the government decides to NEVER pursue anything like this again, thus leaving maulers free to maul. I would give it 60-40 in favor of Mickey, but a win for the nuts in either case. Essentially, 100-0 in favor of the nuts. Check mate.

Please be advised that the Phoenix City Court ruled today that The Schill Law Group on behalf of their client The Lexus Project will be allowed to intervene on behalf of a dog named Mickey! This means Mickey will have an attorney fighting for him in Court!

The Vicious Dog Hearing that had been scheduled for March 13, has now been continued until March 25 at 8:30am

It just gets betterer and betterer!
Posted by Animal Uncontrol at 6:16 PM 6 comments: