After my first, not so great attempt at hog hunting, I had a winner!   I shot dead a 320+ pound wild hog!   I put in the "+" because he exceeded the weight of the scale.  This was one big hog, it took 3 of us to haul it onto the ATV's trailer: 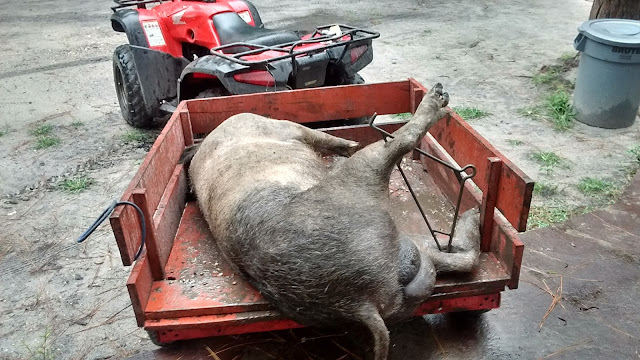 This one shot dead as a doornail at 50 yards.  BLAM!  And, he keeled over.   Not a very difficult shot at that distance.

Below is Mr. Piggy taking a shower, courtesy of the outfitter:

In my utter magnanimity, I will not gross you out with any butchering photos.

Onto the gun p0rn:

Here are some photos of this beauty on the range: 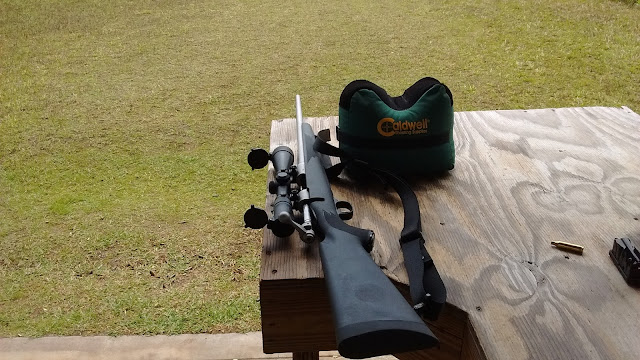 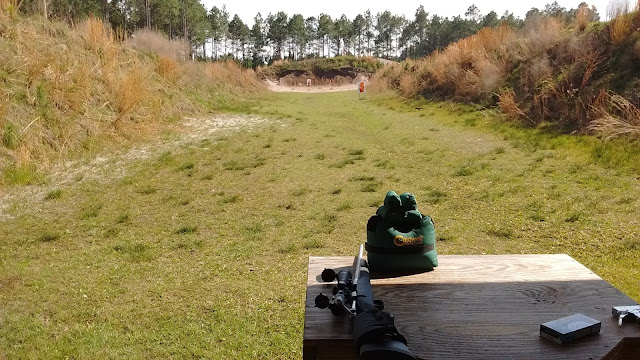 Feeds from a 4 round detachable box magazine, seen below. 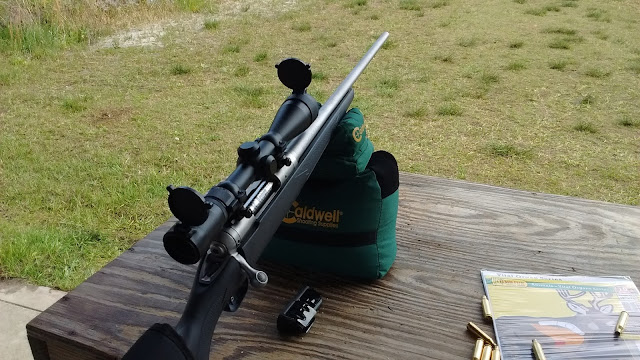 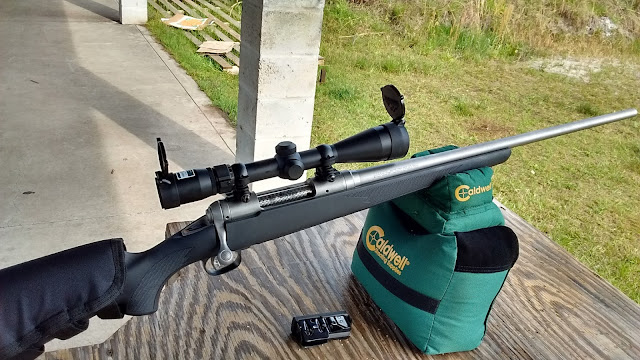 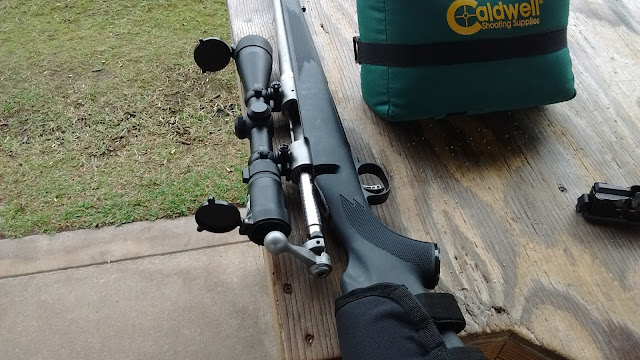 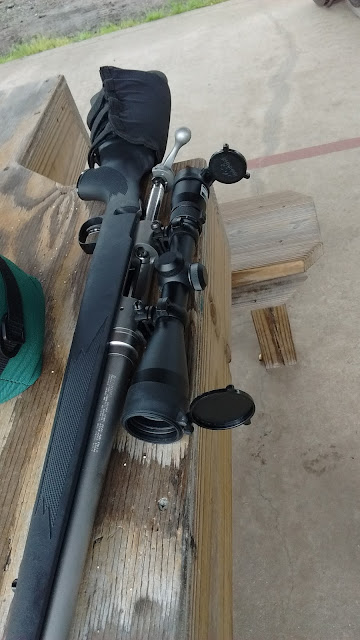 Here are some range results: 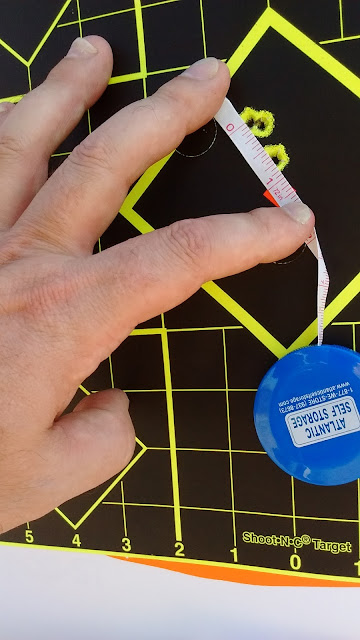 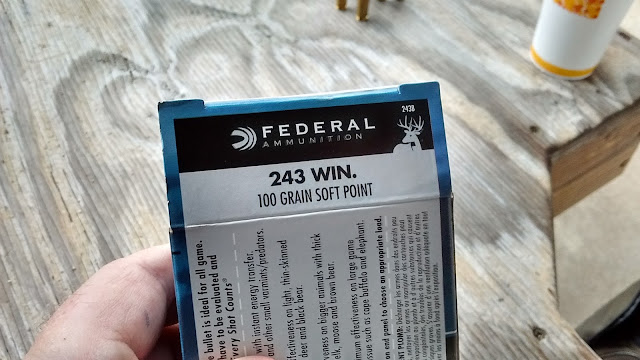 Below is a 50 yard group shooting the same stuff.  Note the "figure 8" and the floater.  The 3rd round was at 8 O'clock low.  I get the same sort of results with my Remington 700:  First 2 shots are almost through the same hole, then the 3rd opens up the group.  I estimate this is due to the barrel heading up, thus causing more "barrel whip" on the 3rd shot: 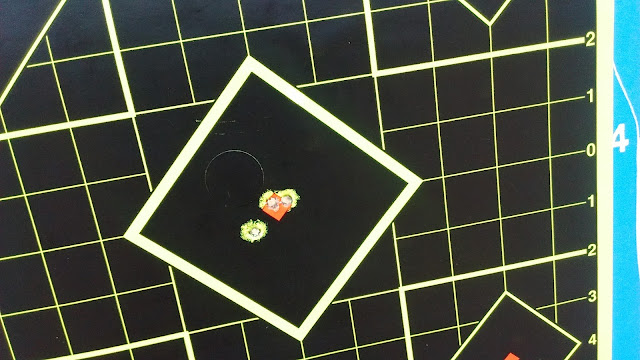 Now, does anyone know why I shoot pretty much right on target at 50 yards, but an inch or so high at 100?  A big smiley-face for anyone who knows the answer.