The DogMageddon continually raises issues and questions regarding the keeping of animals in our communities.

As I have noted in the past, just about any animal that can be a nuisance (aggressive towards humans, noise polluting) has been zoned out.  By "zoned out" I mean they are banned or severely restricted in neighborhoods, and possession of such creatures is typically only allowed on farms, zoos, or in remote / rural areas.   How many sheep are living in your downtown apartment tower.  I thought so.

So, what are the boundaries of pet ownership in cities and suburbs?  I believe that pet ownership is a *privilege* in such places, and the privilege may be maintained if the following 2 criteria are met:

1) The animal must be kept in a humane manner.  For example, you can argue that a gerbil can be kept humanely in a small apartment BUT a horse cannot.

2) The animal must be kept in a socially acceptable manner.  The keeping of said animal should not violate the rights of anyone else.  The ONLY person subject to the downsides of owning the pet should be the pet owner.

I estimate that dog people fail both of the 2 criteria on a regular basis.

This raises the question, what sort of animals CAN be kept in human communities, given both of the criteria set above?   I believe that any animal kept in a human community should meet the following 3 general guidelines:

2) Quiet.  If the animal vocalizes at all, it should be at human-level volume or LOWER *and* for short durations.

3)  Small and light enough to be easily handled by the average adult.

Again, dogs and dog owners flunk the above on a very consistent basis.  Small dogs typically flunk 1 and 2 above, and large dogs flunk all 3.

Posted by Animal Uncontrol at 4:13 AM No comments:

So, what is wrong here?   Why is the ADA service animal [dog] provision such a fail?

It empowers dog people to take their dog everywhere COUNTER to:

- Local and state health and safety laws.   Feds came in and USURPED the rules set by all these states and municipalities that said NO ANIMALS in places that sell or serve food, among other things.

- Feds ALSO usurped the rights of proprietors and the public to a dog-free space.  I have a right to seek a dog free dining experience.

All of this is VERY heavy handed, and I believe, of dubious constitutionality.   For example, the my state government does NOT allow pets on state park beach areas.  The feds came in and said, YES you must allow mutts everywhere, including the beach as long as the dog owner says "the magic words!".  This is a breach of home rule protections.

I believe it is also a breach of association rights and property rights.  Say you are a proprietor of a restaurant, and you want to offer people a dog free space.  Thanks to the ADA, you are now no longer allowed to do that:   You MUST accommodate the dogs, or else.

The worst problem with this is:  The Feds bestowed all this *power* upon dog owners WITH NO OVERSIGHT. 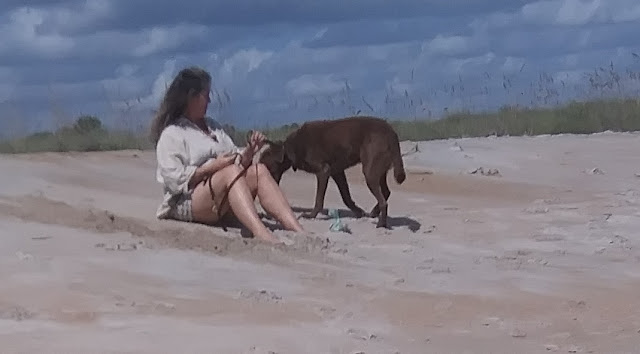 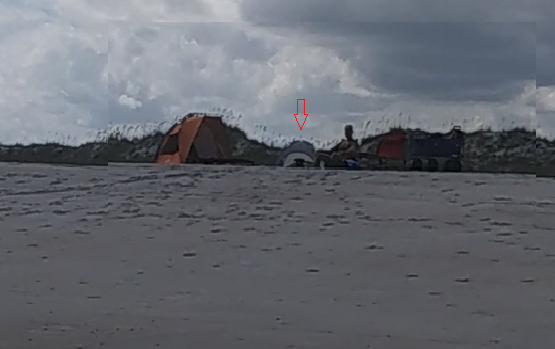 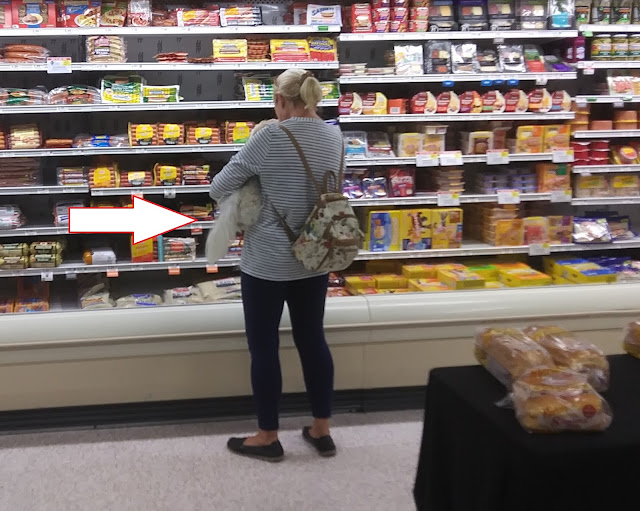 Posted by Animal Uncontrol at 4:26 PM No comments:

Sometimes, one can be right about one thing, and still be WAY out in left field.  You might be saying something that, while technically correct, does not resonate with anyone.  This is often due to hypocrisy, lack of reasoning skills, zero self awareness, ignorance of the domain, or all of the above.
A commenter on one of my YT videos came up with the "ADEP" acronym.  This means "All Dogs Except Pits".  In other words, an ADEP is a dog lover firmly committed to the principles of dog culture who simultaneously wants to ban Pit Bulls, or perhaps some other dog breed they don't like.   They are correct that the nasty murder-beasts have no place in human communities, but they get just about everything else wrong.  Before anyone jumps out of their skin, consider that to be an ADEP you must meet BOTH of the following criteria:  1)  Dog cultist, 2) Want to ban pit bulls.
I have written about this many times in the past.  This type of double-standard reasoning has made a complete mess of the situation, and I really wish all of these people would go away.
Now, all dog owners who want to get rid of pit bulls are not necessarily ADEPs.  If you are a sane, meticulous, dog owner who respects the facts that pet ownership is a privilege dependent on keeping the animal in a humane and socially acceptable way, you respect the "golden rule" and various other social contracts, then you can make a solid and honest case for some breed restrictions.
However when you move out on the crazy scale, when you start to idolize dogs and dog ownership, the case for BSL will become very weak.  It is a stretch to, on one hand insist that Dogs are Man's Best Friend!  Everyone has to love dogs!  Only Dogs give unconditional love!  Dogs and Man have a SPECIAL GENETIC CONNECTION!   And, then on the other hand, say We must banish a dog breed from the face of the earth!   I am not arguing with their last premise, just all of the previous premises.   While we have not crossed the boundary to a total double standard, the case for a breed ban is now very weak.  It is weak because people are going to apply those pro-dog values to dog breeds that some people don't like.
The above under consideration, realize that the crazy train has not yet left the station.  If your narrative is Dogs are better than people!  Don't trust anyone who doesn't love dogs!  Fido is a perfect judge of human character!   Dogs never attack without good reason!   If that is your narrative, congratulations!  There is NO case to be made for breed restrictions in that framework.
It also appears that it is particularly hypocritical to glorify, advocate for, hype and promote large dogs and their ownership while simultaneously advocating to get rid of 1 or 2 breeds of them.  Large dogs of other breeds badly injure people and create other problems all the time and not a peep out of you.    I have yet to hear a good reason for the presence of ANY large dog in a human city that does not involve some mindless emotional appeal, canine supremacy or some other major logical fail.
Quite frankly, it is sanctimonious crap to advocate for these large breeds knowing the problems they cause.  Again, yes, I and everyone else understands that pit bulls can and do inflict MORE damage during an attack, but so what?   ADEPs essentially argue that any attack that doesn't result in a total dismemberment is somehow totally acceptable.   Given B is less bad than A doesn't mean that B is totally acceptable.  Someone deliberately spreading Smallpox makes a bad case for eliminating Ebola.  Again, total fail.
We have zoned out just about every other large animal from human communities (don't make a fool of yourself and tell me about your cow.... you don't have a fucking cow in your 400 square foot downtown apartment, do you?).   ALL large dogs should be zoned out of cities and suburbs:  Doing so takes care of the pit bull problem by default, and solves a bunch of other problems at the same time.
I discuss this in the following video:
Have a great evening, and as always... People First.
Posted by Animal Uncontrol at 5:59 PM No comments:

Work in progress.  Check it out.

if the link above does not work, try:  https://discord.gg/CuJEKf9U

Posted by Animal Uncontrol at 5:35 PM No comments:

Email ThisBlogThis!Share to TwitterShare to FacebookShare to Pinterest
Labels: Miscellaneous

Around and around we go!

After 20+ years of ENDLESSLY playing the breed ID game, haven’t we had enough?  Great article on Dogsbite.org the other day.  I left some comments.

The gist of it is, dog nuts in the UK have found several creative ways to side-step / cheat on the breed restrictions there.  The UK dangerous dogs act of 1991 banned the following 4 breeds:  Dogo Argentino, Fila Brasileiro, Pit Bull Terrier and Japanese Tosa.   Lets pause for a moment:  Is the Japanese Tosa a popular dog breed anywhere?  Who knew.

In any case, UK dog nuts and power breed fanatics have been cross-breeding, designer breeding, and discovering various other ways to side step this restriction.  This is in addition to the fact that you can still own pit bulls in the UK if certain conditions are met.  Thank dog for that!

This illustrates one problem with trying to limit or restrict a couple dog breeds:   Dog nuts will figure out a way to mix their breed of choice *just enough* to side step the ban, adopt a power dog not on the list (i.e. Presa Canario), or just go ahead and create a new breed.  Think about it:  A dog breed is essentially just a consumer product line.  The producers can create new lines all they want.   How many brands of underarm deodorant could we have?  Think about that.

Note the operative words above include “one problem”.  Another problem is enforcement.  As long as the policy is to give Fido a pass on everything, enforcement is going to be very lax.

Many times over the past 10 years I have made the point that allowing large (40+ lb) dogs in cities and residential areas is grossly unreasonable.   How do you justify that when EVERY other animal in these areas is either limited to small pets (reptiles, cats, etc… ) or zoned out entirely (goats, sheep, horses, etc…).   If anything, you would restrict large dogs in cities as an animal welfare measure.

To those who remark about their Great Dane, St. Bernard, etc…. “My Fido is super sweet!  He’d never harm a fly!”.   Yes, precisely the same words uttered by every Pit Bull fanatic in existence.  Do you even hear yourselves?   Let me ask you something:  Could you stop your dog from assaulting someone?  If Fido knocks someone over, that could injure them pretty badly.  Are you willing to take responsibility for that?   How about if I push YOU over onto the concrete?   How about this:  Is keeping a bunch of St. Bernards in a 400 square foot downtown apartment a good idea?

So, with all that said, here is my proposition:  Lets limit ALL pets in cities and residential areas to 35 lbs or less.  "Limit" meaning that you would need a variance to exceed the threshold.  THIS puts an END to all of these endless rounds of breed ID Bull Shit!   And while we are at it, lets de-normalize assault-by-dog.