For the sake of all that is holy (and unholy) SHUT THE HELL UP!
Time to get back to why I started this blog in the first place:   Incessant, useless, unnatural, infuriating, undogly, ungodly BARKING!

So, I take my little RV to a state park (OUT of my state, I may add) for some time off.  Sunday evening rolls around, and you would NORMALLY expect it to be quiet, as everyone else leaves for the weekend?  Ha!  Guess again, Sherlock!  Some numbnuts pulls in right next to me (even though the place was almost empty).  Nope, he decided to ignore ALL that empty space and park RIGHT NEXT TO ME.

This jackass had one of the most obnoxious robo-barkers I have ever encountered.  It’s some useless little mop-dog, and it shrieked and yelped almost incessantly FOR TWO HOURS.  It emitted this excruciating, piercing yelp that could penetrate clear through a bank vault.  I complained to the park host who said… guess what… “there is nothing we can do”.  DING DING DING we have a winner!

There was no way I could put up with that, so I moved to the other end of the park.  I can STILL hear the little shit barking its head off but at least it’s not intrusive.   Indeed, I have NOT died and gone to Hell.  Well, not yet anyway.

On a slightly better note, the site I now have is a little nicer than the one I had HOWEVER it would have been convenient to NOT have to pack everything up, move the camper, and set back up again on another site.  I had to do ALL of that because… Dog Forbid ANY dog owner be asked to limit their behavior in ANY WAY.   Nope, HE does not have to lift a finger, and I get hours taken out of my evening BOTH to enduring the endless shrieking AND having to relocate all my equipment.  NOPE, they would not even TALK to him about his god dog.

You see, Dog Wills that all of us modify OUR behavior!  We must accommodate Dog at all costs!  Dog bestows special privileges on His High Priests (dog owners)!   OF COURSE nothing can be done… how can mere puny MORTALS interfere in the affairs of Dog?   Why, human civilization is like an anthill next to the Almighty Dog!

We are unworthy!  We have sinned against Dog!  Bring on the BarkMageddon!
Posted by Animal Uncontrol at 5:43 PM 10 comments:

Email ThisBlogThis!Share to TwitterShare to FacebookShare to Pinterest
Labels: Barking

So, here is a fresh photo of my new buddy “Frank”: 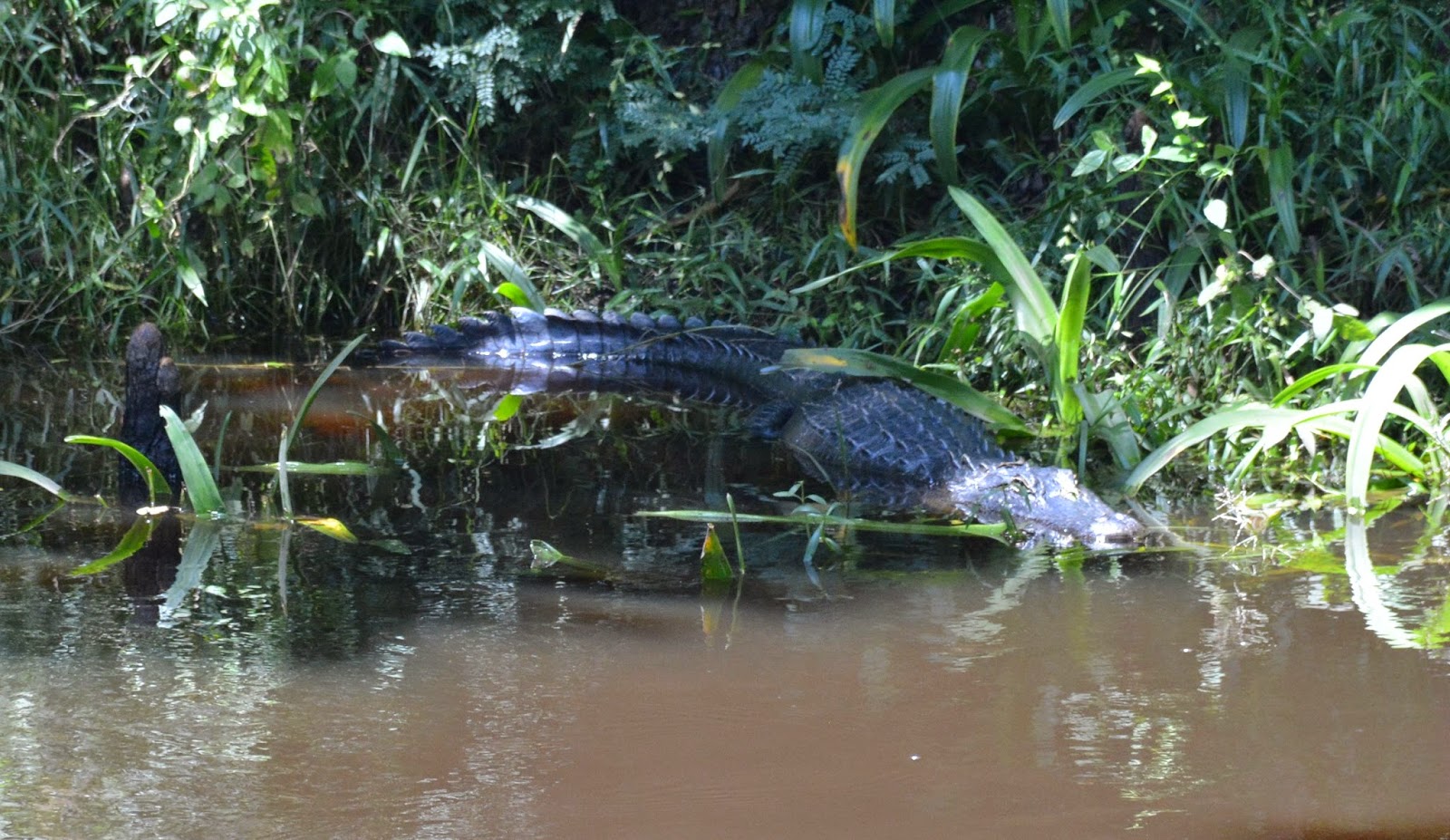 Why is Frank such a great gator? Well, Frank is representative of his kind and he presents a great reason why ONLY MORONS LET THEIR DOGS OFF LEASH.

Here is my past essay on this issue.

Repeat: If you let your dog off leash you are a douchebag, an idiot and a criminal. You are a shithead with absolutely no redeeming qualities whatsoever. You are a worthless bag of meat that is not fit for society and I would not feed you to my dog (if I had one). I would say go to hell, but that would be too nice a place for you. I would compost you, but I expect your worthless carcass would grow nothing but Poison Ivy. You deserve to be burned to ash, your remains stuffed into a lead barrel and sealed up in the nuclear waste storage facility at Yucca mountain for all eternity. Got all that? Good.

In any case, I had a nice little trip to Hillsborough River State Park this past weekend. Nice place. I stayed overnight in my little travel trailer. First, I did have some problems overnight with some useless dog barking. Know what, anyone that lets their dog bark at 3am within earshot of anyone else should be thrown head first into a woodchipper, but I digress.

So, I get back from a tour of one of the historic sites on Sunday and I am chatting up one of the park rangers, as I often do. I am no longer a state hike leader, but I still keep up with the various goings on in the park system.

Anyways, I told the ranger lady about my run in with “Frank” and she told me that there was a bad dog-alligator altercation fairly recently. REALLY? Yes, apparently some rocket scientist decided it would be a great idea to let his Labrador off leash (in violation of park rules) to splash around in the river. A resident alligator then proceeded to rip Fido to shreds right in front of the entire extended family and several other park guests!  Hey genius: Your god dog is NOT part of nature. He does NOT understand the risks. KEEP YOUR DOG LEASHED AND ON THE TRAIL.

Surprisingly, the owner took responsibility for the incident. Typically, the dog owner tries to sue the park, even though THEY were breaking the rules.

I don't know what happened to the gator in question (it was not Frank).  It probably had to be destroyed (unfortunately) even though the dog WAS the instigator. Ah, well.   Its bad enough the dog had to die that way due to it's owners douchy incompetence, but its ALSO bad PR for the parks, which have enough problems already.  Note there was no news item on this as far as I could determine.

REMEMBER: NOBODY wants your dog in their space or in their face! Not alligators NOR fellow human beings. YOU dog owners need to respect the rights of others or your dog (and maybe you too) will become lunch.  RuleZ of Nature BitchEZ!
Posted by Animal Uncontrol at 5:20 PM 13 comments: